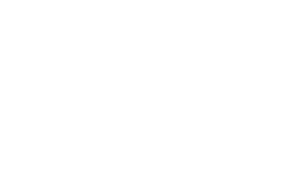 From My Death Bed I Was Healed

We have had national impact in Samoa, like this Article by Ilia L. Likou, 19 April 2016, Samoan Observer

Leilua Ai has a story to tell.

The 76-year-old mother and grandmother from Satuimalufilufi is counting every day as a blessing after she was able to walk again, thanking God for her miracle. The elderly mother received her miracle during a service she attended in American Samoa where Evangelist Joseph Lee was preaching and from there she lives to tell her story.

“I was working at my plantation one day when I felt a strange pain in one of my legs,” she said, “The very next day, I went to the hospital and an operation was carried out to get rid of the lump. They also gave me some pills to take.” But it was temporary relief.

“I was lying, dying on my bed for four weeks without food or water,” she recalls.

“I asked my husband that I wanted to go to American Samoa to see our family doctor but he refused because of my condition. I still begged him that we need to go – then we went to American Samoa.”

Mrs. Ai said that she remembered vividly how her dying body was taken inside the plane with crutches to help. “I was on my wheelchair unable to move or walk … when we were about (with her daughter) to enter inside the chapel, I felt something flowing into me from my head to my toes like an electric fire.

Then I heard Evangelist, Joseph Lee calling from the altar that ‘there’s fire in the house… there’s someone with a fire, in the Mighty Name of Jesus, stand up and walk again.’ I didn’t understand that I was the one that Joseph called.

“All I could feel was that my body was electrifying and I shook horribly…I tried to stand up and surprisingly I did, the pain left me that fast…I jumped up and down as if I wasn’t on my bed for the last four to five weeks.

“That healing power touched me, I stood and walked unassisted from where I was sitting at the back of the crowd to the front…and I danced in His presence. “My leg was strengthened and it kept gaining strength, making it possible for me to stand and walk alone.”

Leilua said people who had known about her condition could only marvel at the transformation that had taken place and her strength as she walked unaided back home. “Inside the chapel after the service, I grabbed my crutches with my own two hands and walked home freely,” she said.

“The healing made me weep…. Jesus healed me instantly…. and I am healed by the Grace of God.”